Our Mobile Developers Services to Clients in Shoshone

We are an app development company focused on Native iOS Apps, Native Android Apps, Highly Responsive - Light Weight - Scalable Cloud APIs and React Web Apps. We are dedicated to delivering high quality apps that are built to scale from the ground up using current industry standards.

Founded in 2008 we have been creating Mobile and Web Apps for 15years.

Our average developer has 9+ years of mobile/web experience and 15+ years of overall development experience.

Since 2008 we have worked on 400+ projects. These projects span all industries, technologies and budgets.

We work diligently to make sure and take care of our customers.

Our primary goal with new clients is to form a long term partnership. Our average customer has been working with us for 5+ years.

We only accept a limited number of new clients each year. We focus on working with companies wo are looking for long term development partner. We limit the number of active projects so that we can focus on providing high quality personal service to each client.

The technology platforms we use

As a mobile app development company, we stay on the cutting edge of technology. To help us with our goals, we enhance our capabilities by working with various programming languages, platforms, and new technologies. Check out the list below to see which ones we utilize.

Want to develop a custom mobile or web app?

We take a systematic and structured aproach to complex and simple projects. We use agile development methodologies to build and grow exceptional apps incrementally and efficiently.

We have had the privilege of working with some great clients from around the world. We always work hard to do an amazing job for our clients and provide incomparable service. Don’t just take our word for it. Here is what a few of our clients had to say after working with us.

Check out our downloadable PDF or our promotional video for more information. 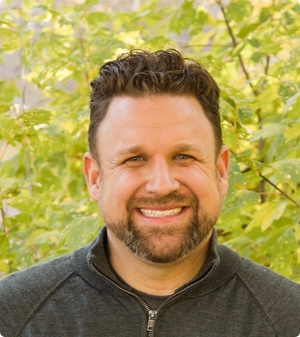 In the summer of 2000 Steve got his first software development job in BYU's IT Department. Working on the school's PeopleSoft Team. He then work for a consulting firm installing a cutting edge PeopleSoft HR plugin at Oklahoma Univerity, University of Houston and BYU EFY.

In the summer of 2008 when Apple opened up the App Store to third party developers Steve could immediate see what a game changer the iPhone would be. After creating one of the first 2000 apps on the App Store Steve quit his job and founded Clever Coding.

Steve's passion at work is learning new technologies and coding as often as he can. Steve did a lot of web development prior to starting Clever Coding but for the first 9 years of the business primarily did Native iOS and Native Android Development. The last few years he has feel in love with creating Reactive Web Apps that uses highly scalable Cloud APIs build using Amazon Web Services.

Steve still personally talks to all new potential clients and personally puts together a free no obligation quote based on the experience he has gained estimating and overseeing hundreds of projects.